In an earlier post, I shared the remaking of a landscape screen on the Oregon coast.

This first one was purposefully more sedate, as its role was to underscore the expansive view—to empathize with it, but not distract from it.

Fast-forward five years, a new house was built right off the corner of this exquisite home, obliterating its intimacy and privacy. This development called for a sibling screen to be a veil between. 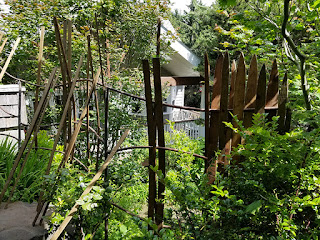 With trees and lush growth all around, this one could be more wild and playful. And the large structure behind suggested it be more attention-seeking as well. The point wasn’t to hide the house, but to break up the mutual sight lines, while giving the eyes something besides the house to focus on. 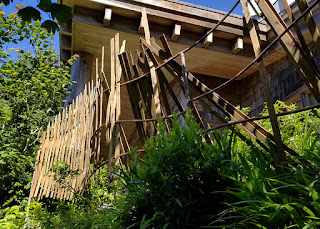 That it could and should be visually busier played along nicely with the need to reduce the see-through inherent in the woven slat design. When viewed straight on, the slats block the view readily. But as you move to the side, you increasingly see between the bowing slats. This wasn’t a concern with the first screen. 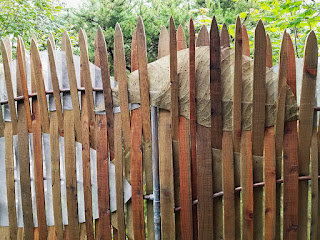 Some additional material that would obscure from the more oblique view was needed with this one as the angle of view stretching across the terrace, living room and master bedroom is very wide.

Screening is ideal, since it has the opposite effect of the slats: the view is best when looking straight through it, becoming more opaque as you view through it more obliquely. So in combination, the slats and the screening compensate for each other’s weaknesses. 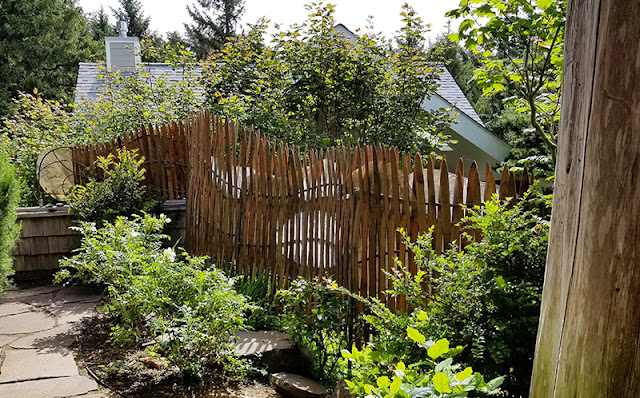 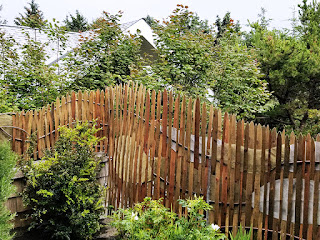 This provided an opportunity to play with some abstract shapes floating down the length, like sea creatures in the streaming currents suggested by the serpentine copper lines. The bowed areas that allowed the most see-through were happily most available for inserting the large screen forms. 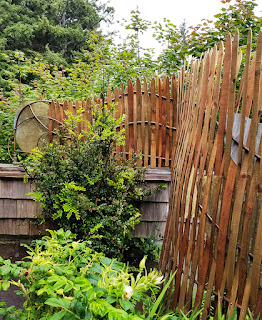 A concern of the owner was that we’d be introducing something that could make this area feel hemmed-in. With that in mind, I made the top of the screen lean outward at the top, as if the space is pouring out into sky.

And where the screen begins on the half-wall, it’s away from the building and starts out lightly with just the copper and screen, leaving an opening to the landscape in that corner. 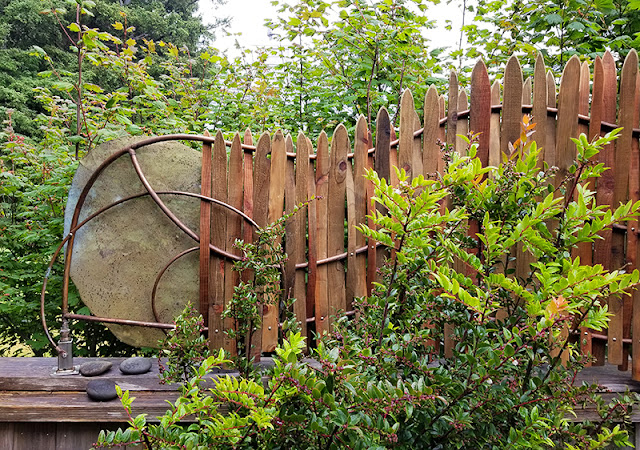 A more sensory depiction, with the ever-present sound of the ocean: