Rebirth for a well-worn screen

Part of what I love about being an artisan is that I never know what’s coming down the chute project-wise. In this case, a 95 MPH gust blows on the Oregon coast, and soon I’m leaving my beloved Orcas Island to travel 300 miles south to rebuild a nearly decade-old wind/privacy screen.

I’d built the original as part of a much larger commission over the winter and spring of 2005-6, in which I finished the floors and walls, and detailed an exquisite, state-of-the-art green home at Cannon Beach. You can get a good sense of the place from a Fine Homebuilding article published in 2006.

The first screen was made of tam vong, a solid bamboo from Vietnam, which allows for mortise and tenon joints. The whole thing was jointed and/or bound—no nails or screws, except for mounting the posts to the copper pipes set in the ground. I cut some pine branch fencing material to form a darker, wave-like element to contrast the overall straight lines of the bamboo and resonate with the curving top pieces, and placed it between the pickets mounted on alternating sides of the rails.


Quite remarkable it lasted as long as it did, having been subjected to 90 inches of rainfall annually, along with salt air and at times high winds at its perch 120 feet up on a cliff. I’d saturated it with natural oil a few times over the years, which surely helped its longevity. The last time I did, I suggested building a copper frame and lashing the whole thing to it, as a way of relieving it of its structural responsibilities and greatly extending its aesthetic life... (see more here...)


When it was blown down a year later, it made sense to start with a copper frame and a new approach to the pickets. I made a set of ¼” cedar ones of varying widths before leaving the studio, so I could focus on the construction of the frame and the integration of materials on site. 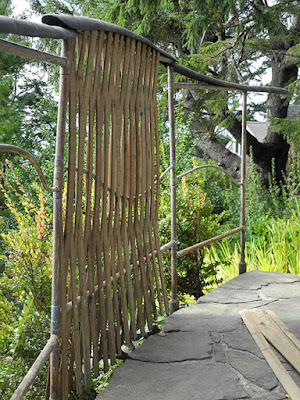 Besides the heavenly view across Haystack Rock and down the coast, it was a delight to come back around to a project having grown as an artist, artisan, and human being. I kept smiling to myself, feeling the wealth of so many creative experiences, of more materials and mediums at my fingertips, and a deeper sense of integration among them. 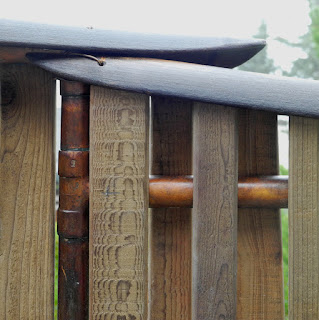 I’d seen a few fences up on the island that incorporated a middle rail, around which the pickets were bent as they were mounted on alternating sides—essentially, a weaving approach. It’s a lovely look even with a straight rail, but curving it activates the contrasting bowing effect, shifting it fluidly along the length of the panels. The initial inspiration for the curvature, though, was the waving material set between the pickets in the first screen. Also reincorporated were the gestural bamboo top trim pieces, which were still in excellent condition, and the copper ground mounts. 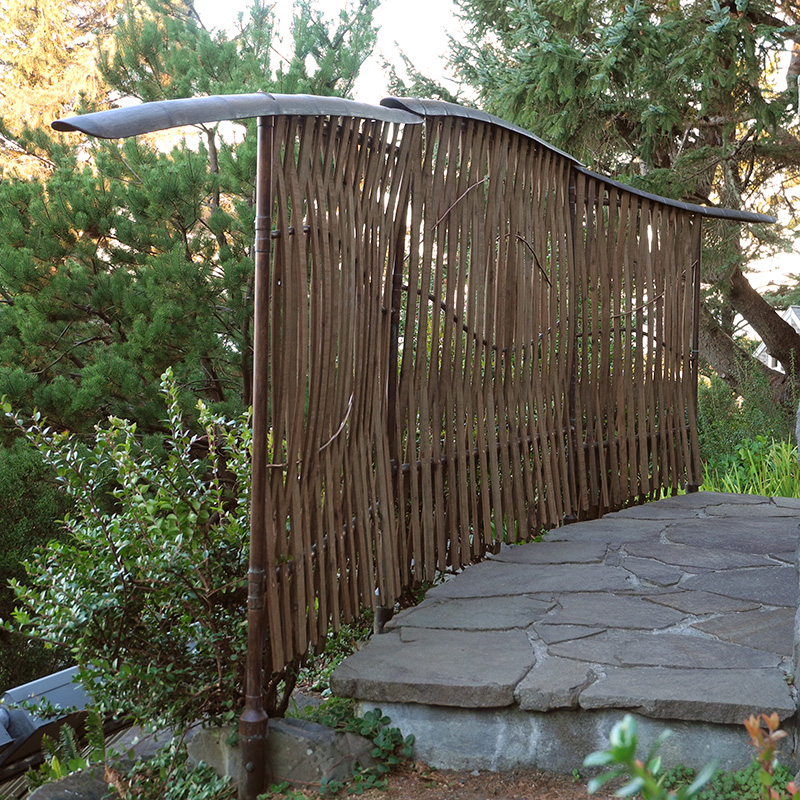 The copper frame will likely outlast me. The cedar pickets can be readily replaced when they eventually succumb like all else to the passage of time, rain and wind.